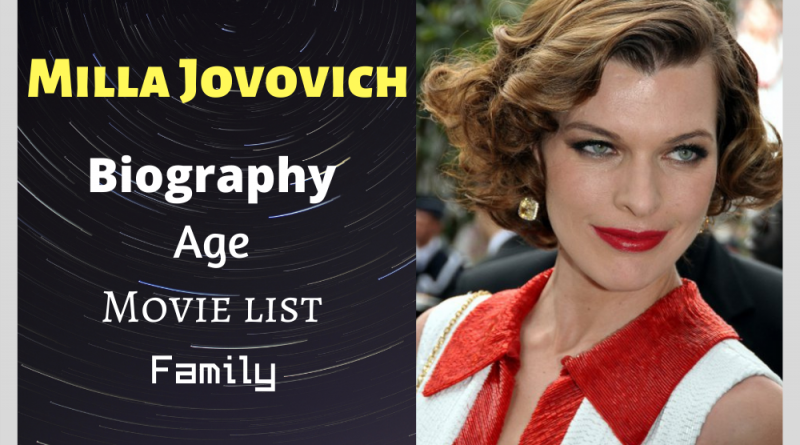 Milla Jovovich Net Worth and Salary: Milla Jovovich is a Ukrainian-born American actress, model, singer, and fashion designer who has a net worth of $50 million. Milla Jovovich is probably best known for her action heroine roles in the Resident Evil movies and other sci-fi films. Outside of acting, Milla Jovovich is an established musician. She also owns her own production company and enjoys an incredibly successful modeling career.

Early Life: Milica Bogdanovna Jovovich was born on December 17th of 1975 in Kiev, Ukraine. Born into the Soviet Union, Milica was raised mostly in Moscow, admitting later that she was born in Ukraine by a mere coincidence. Her mother was a Soviet Russian actress, and her father was a doctor. When Milla was just five years old, her family emigrated to London, England.

Why does Milla Jovovich have a net worth of $50 Million? Perhaps these quotes can explain why:

During the day I force myself to at least eat some salads rather than rubbish, and a steak in the evening. In fact, I eat to basically satisfy my hunger. I hardly have the time to appreciate a meal, and I'm everything, but a gourmet.

It's going to seem idiotic to say this, but I think that at a given moment we all need a place to ourselves where we can refuge ourselves and cut ourselves off from the world.

I think that's one of the only reasons God created celebrities. To help those who can't help themselves.

Lots of pretty faces came and went over the years, but some stuck around and I happen to be one of them.

From childhood my mother had me examining Robert Mapplethorpe's style and Egon Schiele's framing - that's what modelling is about.