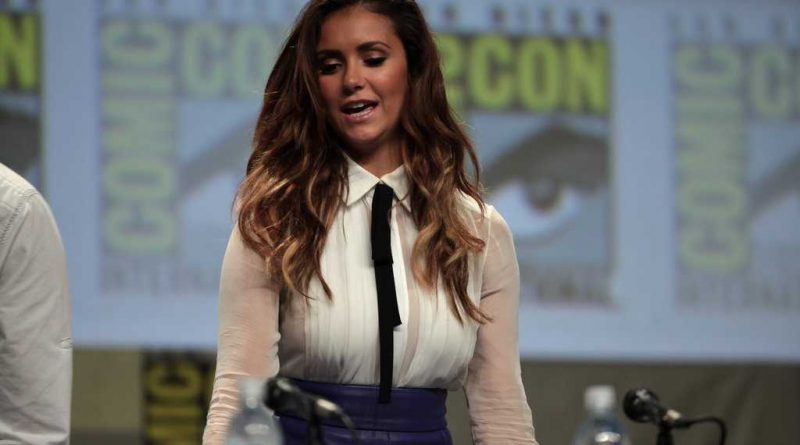 Nina Dobrev Net Worth and salary: Nina Dobrev is a Bulgarian-Canadian actress, model and singer who has a net worth of $11 million. Nina Dobrev first became famous by playing the role of Mia Jones on “Degrassi: The Next Generation.” She has since carved out a respectable career that included a starring role on the series “The Vampire Diaries” and several films.

Early Life: Born Nikolina Konstantinova Dobreva in Sofia, Bulgaria on January 9, 1989, Nina Dobrev moved to Canada when she was a toddler. She was raised in Toronto by her father Kamen Dobrev, a computer specialist, and her mother Michaela Dobreva, an artist. She has one sibling, an older brother Aleksander Dobrev. Nina attended Vradenburg Junior Public School and J.B. Tyrrell Sr. Public School. She took ballet and jazz classes as well as competing in rhythmic gymnastics. She also took acting classes at Armstrong Acting Studios in Toronto. During her last year of high school, Dobrev attended the arts program at Wexford Collegiate School for the Arts in Scarborough. Dobrev attended Ryerson University in Toronto, majoring in Sociology, before leaving to further her acting career.

How much is Nina Dobrev worth? Below is all Nina Dobrev's wealth stats, including net worth, salary, and more!

Why does Nina Dobrev have a net worth of $11 Million? Perhaps these quotes can explain why:

I know a lot of people dread going to work every morning, but my work is playing pretend and doing stunts and screaming. It's a lot of fun and I get to play dress up. Every day is exciting and different and new and cool. I couldn't be more grateful.

I love cheeseburgers and chocolate - milk, not dark, and hot chocolate with marshmallows in the winter!

The 'Degrassi' producers were very supportive. They sent me flowers when I got 'The Vampire Diaries,' and then as soon as it premiered and got the great numbers that it did, I got another large bouquet of flowers from them.

Even though my grandparents live overseas and are so far away and we talk as much as we can, we don't see each other that often.

Running is my solo time; working my muscles outside in fresh air is therapeutic.